Q: What kind of motorcycle does Santa ride?
A: A Holly-Davidson.

Q: Why was the snowman shopping in the carrot section?
A: He was picking his nose.

Gift Suggestion:
Ran out of shopping time this year. Everybody else on my list gets this Chia pet:
Chia Crotch - Though a nifty idea; this product seemed to sell well only in Europe. At the time it came out, it seemed that crotch hair had given way to the latest shaved or groomed look. And even though they came out with a modified Chia “Landing Strip” Crotch it seemed that there was just no interest in maintaining yet another bush...

See also: White Christmas: Berlin/McPhatter/Held and Rudolph's Revenge and Drive hammered, get nailed and Holiday Rum Cake and Christmas tree angel and A Festivus for the rest of us and Letter To Santa: The Ransom Note and An AZ Xmas and Christmas split and A Twisted Carol and Decorating the tree and Inexcusable liberties with the milkmaids and 12 days=$116,273 and 7,000 Macedonians in full battle array and A man walks into a bar on Christmas Eve... and Studio 60 Christmas Show and Alice's Restaurant.

I obviously screwed up, while decorating the Christmas tree: 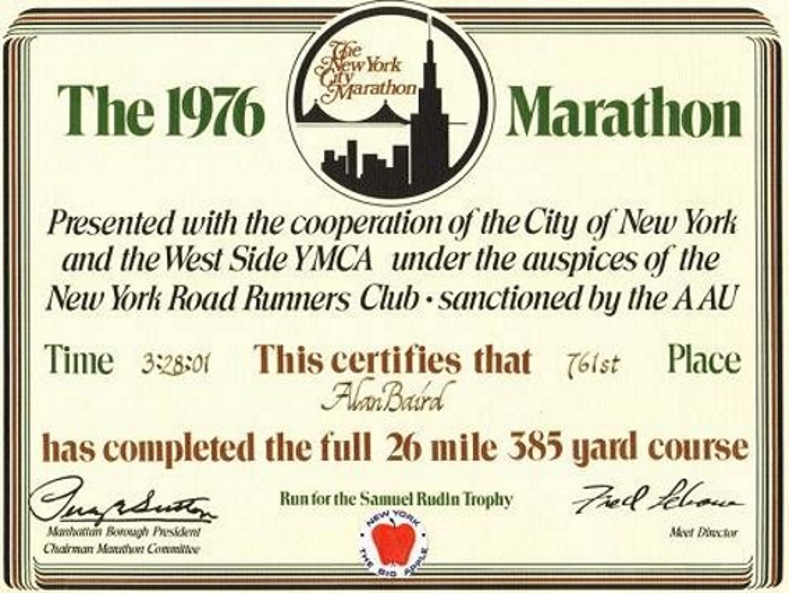 During 1976-1977, I was working as a bartender at Boston's Faneuil Hall and living in a crappy one-room cellar apartment on the unfashionable backside of Beacon Hill. The room came equipped with hot-and-cold running cockroaches and no windows, but it was all I could afford, back in those days. Plus, I was saving money to open a teeshirt business on the Côte d'Azur. But that's another story.

In the fall, I prepared for the 1976 NYC Marathon by working out at the Charles River Esplanade. It was a lovely run through the grassy park, looking across the river at Harvard, MIT and Cambridge, while watching the sailboats and rowing shells. After a reasonably-decent finish in October's New York race (3:28:01 for my first marathon, click images to enlarge), I continued working out, to prepare for the Boston Marathon in April. 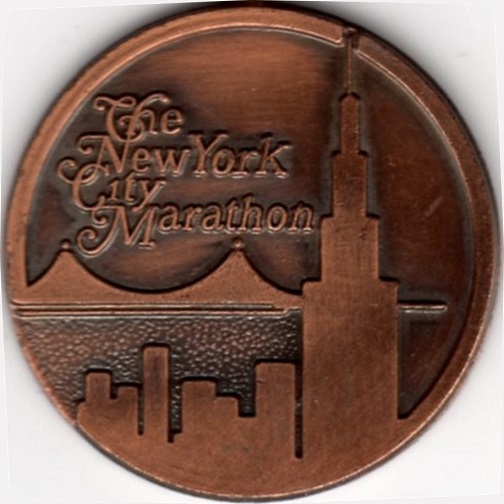 When the snow arrived, it became harder to run on the paths of the Esplanade, so after the Charles froze over, I continued training on the ice of the river. It was also a special experience, in its own way, but the flat course couldn't really prepare me for what was to come.

Boston Marathon, 18 April 1977: My quadriceps still remember Heartbreak Hill, 42 years later. The five miles of the Newton Hills came at the 16-mile mark, just as I was hitting the wall. The results were not pretty. I finished, but just barely (4:XX:XX).

Two years after I ran Boston, I watched my cousin Dave run it. He posted a much better time, but we had one experience in common. On the day following the race, I noticed that he paused at the top of a three-step stairway. Heartbreak Hill had done a tune on his quads too, so he slowly turned around, and walked BACKWARDS down the three steps.

I laughed like a hyena, and he nearly punched me. ;-) 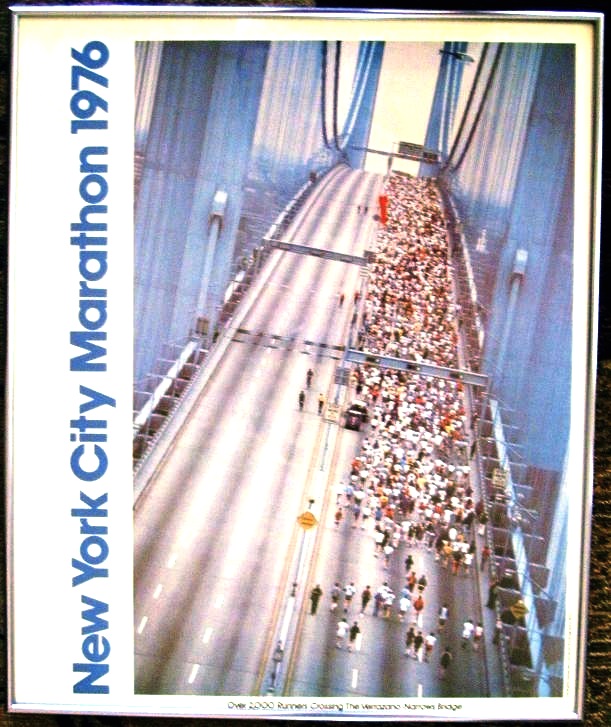 Back to the NYC Marathon, 24 October 1976: (Poster Boy - "Over 2,000 Runners Crossing The Verrazano-Narrows Bridge") The first New York City Marathon, in 1970, had 55 finishers who completed several loops inside Central Park.

In 1976, to celebrate the U.S. bicentennial, the marathon moved outside the park for the first time, to run through the city's five boroughs: Staten Island, Brooklyn, Queens, the Bronx, and Manhattan.

2090 of us started on the upper deck at the Staten Island end of the Verrazano-Narrows Bridge. It was the world's longest suspension bridge span at that time, measuring 4,260 feet.

News choppers were hovering everywhere. A few of them took some interesting photos, like this one. If you click the poster to see a larger version, you'll notice another helicopter in the upper right corner. It's hard to imagine just how steep that hill into Brooklyn really is, until you run those 4,260 feet (1.3 km) on the roadway itself.

It was my first marathon, so I kept to the left edge of the pack, about halfway back from the leaders. I was wearing a yellowish teeshirt and maroon shorts, and there's only one guy with that color combo on the railing in that poster. So I stuck a red arrow on the glass, as a reminder. 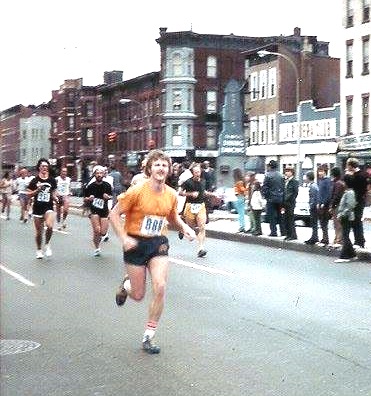 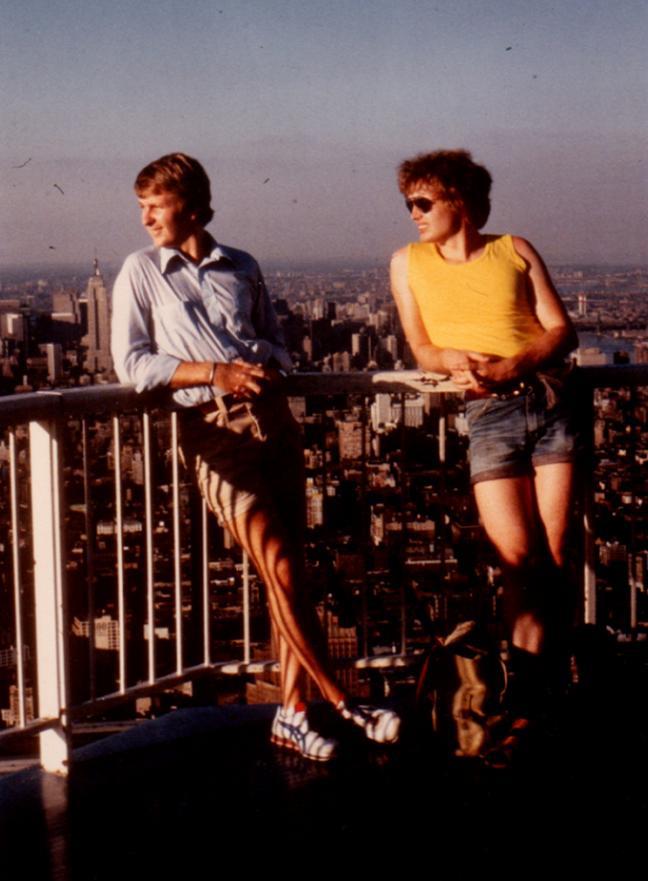 NYC Postscript, 28 October 1978: I was living at the West Side YMCA in New York City when the 1978 marathon rolled around. It was just after my year of failing miserably at a teeshirts-to-the-tourists venture in southern France, and just before my six months of failing miserably at driving a taxicab on the mean streets of Manhattan. I wanted to get a different perspective on the dramatic marathon start at the Verrazano-Narrows Bridge, so I hopped a bus for Staten Island on the morning of the race. The bus got nearly halfway across the bridge on the lower deck before the inevitable traffic jam, but I somehow talked the driver into letting me out onto the roadway. I still can't believe he agreed to do it. Do you remember that heart-stopping scene in Saturday Night Fever, when John Travolta and his friends climbed into the superstructure of the bridge? That was my route to the top deck. When I finally vaulted over the guardrail onto the roadway, both sides were clear... so I jogged up to the top of the hill at the middle of the bridge and looked down at the runners, waiting for the starting gun. They would be running on the north roadway, so as long as I stayed on the south side, I wouldn't be in anyone's way. Motorcycle cops were driving back and forth on the racer's side, and I assumed they would soon kick me off the bridge, but apparently their orders were only to keep the north side clear. The sun was shining brightly, the view was amazing, and the sea breeze coming in off the ocean made my heart soar. When the elite runners came charging up the hill, I ran with them for a short distance, on the other side of the double guardrail. They were fast. Way too fast for me. But the jog downhill into Brooklyn was a blast, and I still have these incredible memories, more than four decades later.

[I've found that it helps if you hum "Alice's Restaurant" while reading this.] 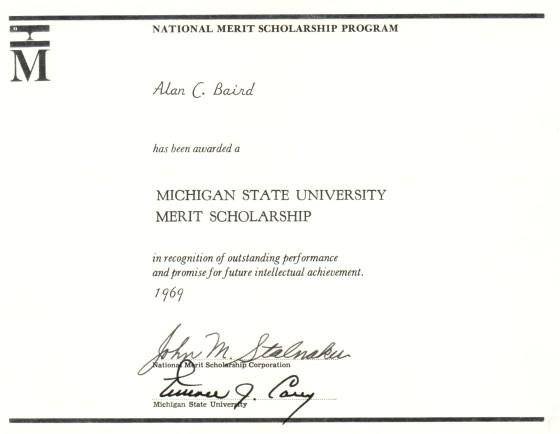 I was the first in my family to go to college, so winning a National Merit Scholarship was a pretty big deal. I would have gotten a full ride, if my father's lower-middle-class income had been just a few dollars less. But nooooooo. According to the hardship tables, we qualified for only a pittance - $100 a year.

However, my parents were dazzled by the fact that their firstborn could be a Merit Scholar. So they bit the bullet, took out a second mortgage, and covered my out-of-state tuition.

That lasted for a few months, until they heard that I had participated in some demonstrations against the Vietnam war.

They thought the war was peachy. And I could never figure out why they wanted their boy to come home in a body bag.

Come to think of it, that may be the root of several familial problems since then.

So that's when the money dried up. I took on a couple of jobs, after classes. But they weren't enough. Things were getting desperate. My draft card said 1-A, and my lottery number turned out to be 33.

That year (1971), Uncle Sam was hell-bent on drafting every male teenager with a number under 125. None of us could quite wrap our brains around the surreal image on TV of some fat, decrepit old guy, reaching into a large glass container to pull out a blue plastic capsule containing a potential death sentence.

I knew a few vets, and I saw what the war had done to them. It wasn't pretty. Some of them came home with missing parts. Body parts. Mind parts. Some of my friends never came home at all.

So I seriously considered emigrating to Canada. I also studied the qualifications for becoming a Conscientious Objector. I even thought about going to jail. 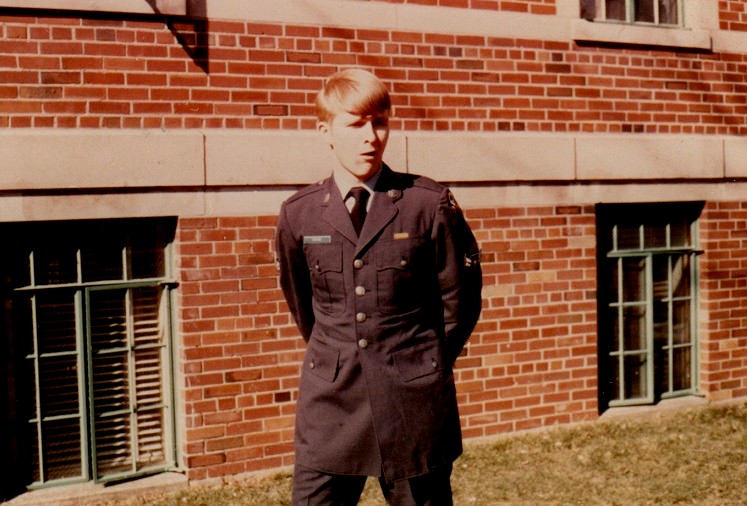 Then I got a really stupid idea.

I could get a draft deferment *and* a full scholarship... if I joined the Air Force Reserve Officers' Training Corps. The only Air Force officers in harm's way were jet pilots, and my eyesight was too crappy to qualify for jet school. So I bit the bullet and suffered through six weeks of basic training during the summer. After returning to campus, I struggled through twice-a-week ROTC classes.

Have you ever heard of cognitive dissonance?

I got pretty weird. 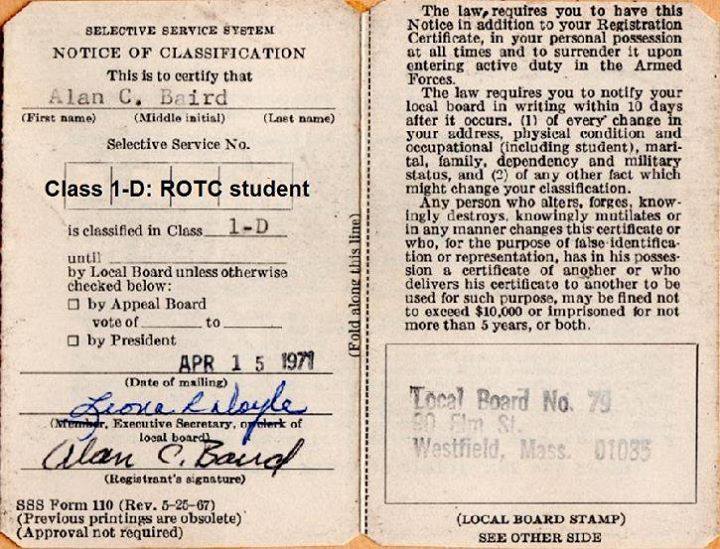 I grew my hair down to my shoulders and bought a short-hair wig for ROTC classes. I wrote anti-war articles for the college newspaper. I was tear-gassed in public demonstrations.

But I dutifully showed up at the ROTC classes. Twice a week. I knew they were the only things between me and a body bag. Life went on that way for several years.

At some point, my ROTC instructor attended a weekend track meet in which I was competing. I didn't know he was there. When I won a silver medal in the mile, my shoulder-length hair was flowing freely in the wind.

A few days later, just before my next ROTC class, the instructor confronted me in the hallway. He was a Captain. He was also a dickhead, but I would have hated him anyway. We argued military history and tactics during every class, and I was usually able to point out the flaws in his reasoning. He was a sore loser.

As I stood at attention in the hallway, the Captain looked at my head very carefully. He walked all the way around me, smirking.

"You know, I saw someone who looked a lot like you at a track meet this past weekend. Do you have a twin?"

"Did you get a haircut since then?"

I could tell that he wanted to rip the short-hair wig right off my head. But he also knew that I was wound up pretty d*mn tight. He was also aware of the fact that I was ready--and perhaps even a little eager--to break his jaw. So he bit the bullet, and submitted paperwork instead.

The Air Force had no rules about wigs, but the Captain submitted paperwork anyway. I got a copy, a few days later. He wanted ROTC to discharge me "for the good of the service." 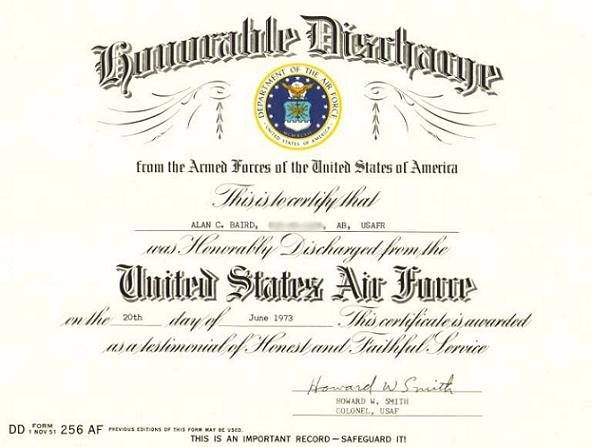 However, the military had paid for most of my schooling. And I had signed a contract, giving them certain rights. For example, if I failed to qualify for my ROTC commission, they had the option of drafting me for four years of slavery as a non-officer grunt.

But during my years of cognitive dissonance, the world had moved on, as it always does: Nixon had started his crime spree, and the war was winding down.

In short, the Air Force didn't really need another troublemaker. So when I graduated, they gave me this nice parting gift instead.

And I spent the next few years trying to get back to normal.