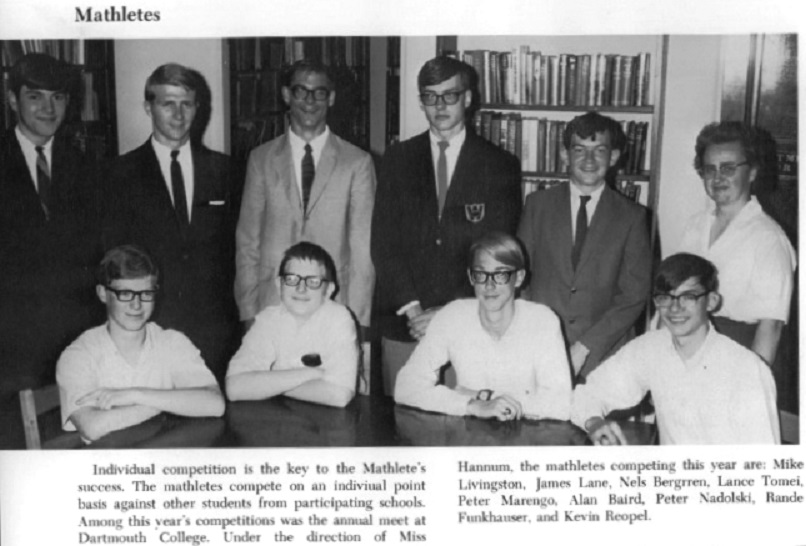 [The prizes were mostly math books, and I have a sh*tload of 'em to prove it. ;-) But a Catholic high school once gave me a $20K scholarship. Too bad I'm not a fan of religious education.] [Junior High Daze: National Spelling Bee]

I've been planning for nearly a year to attend my 50th high school reunions (there were two in Massachusetts this month: details below), but things started going downhill in April. That's when I got laid off, after nine years of writing and editing in a network radio newsroom. Since then, I've been having a tough time getting other work. Employers don't like hiring people my age. Surprise! To make matters worse, the recession of 2008 had pretty well wiped us out, and I was hoping to stay on the job until they carried me away in a pine box.

Then in June, I became really, really sick. Thought I was gonna die. And I'm still recovering from that. Hence, the prospect of back-to-back reunion weekends began fading away. Money became an overriding issue. It ain't cheap to fly in from Arizona. So I wrote this blog posting, to work through the powerful feelings of longing and loss:

My father's career moved us around a lot. By the time we arrived in Westfield (97 miles west of Boston) during the late summer of 1968, I had attended three different school systems in Maine, another one in NYC, and one in eastern Massachusetts (30 miles northwest of Boston). I was none too happy about leaving my Chelmsford friends, but I was particularly grumpy about Westfield's lack of a cross-country team. I spent some time harassing the track coach, the late Robert T. Andersen, in his dark and dank A/V cave, but he eventually got sick of me and passed the buck to his assistant coach. Reign Rix then peppered me with questions about the three years I'd spent on the CHS x-country team, and asked whether I could design effective workouts if we created a new team at WHS. I said yes, and for some reason, he believed me. So he wangled some crappy old sweatsuits for us, and we were off to the races. Literally. 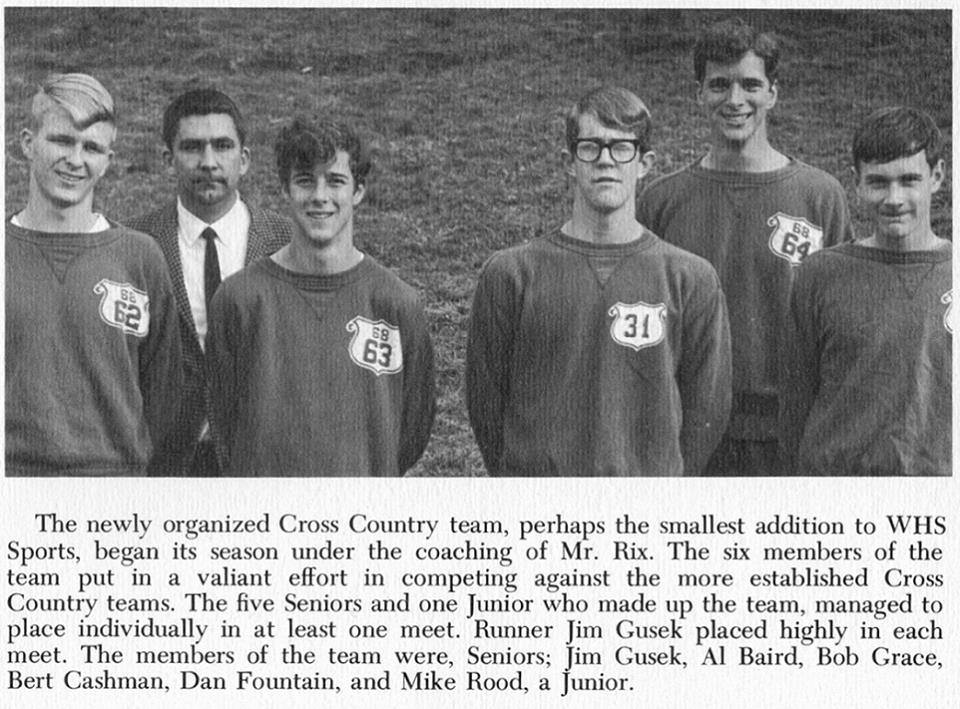 Later, I found out that WHS had no winter track team, so I cooked up some workouts for them/us, too. We were invited to run at a meet in Boston, and that's when I got busted.

The toughest part of moving away from Chelmsford was leaving Kathy behind. We talked on the phone and wrote letters, but it wasn't the same. So when I qualified for the Boston YMCA indoor track meet, we made plans. Confidential plans. Top-secret plans. Our parents wouldn't know anything. At the meet, a photographer from the Boston Herald Traveler was roaming around, taking lots of photos. When he noticed us smooching, he thought it would make a cute picture. We laughed, knowing that his editor wouldn't pick THAT photo from the hundreds he'd shot.

The next morning, after both sets of parents finished reading the Herald Traveler, we weren't laughing quite so much. 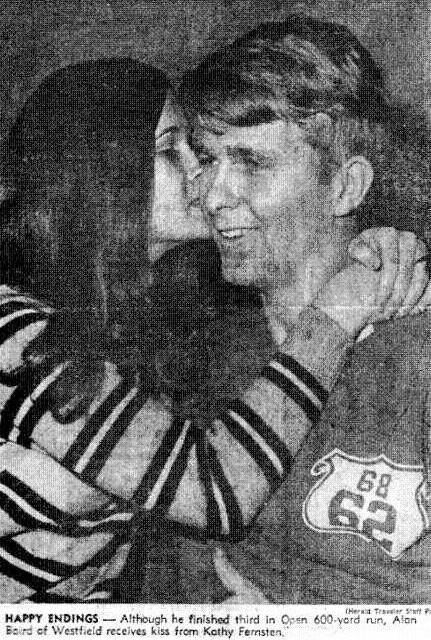 A few months later, Kathy and I split up. They say long-distance relationships never last. But I still have that bronze YMCA medal. And some wonderful friendships, from both schools, that are well past the 50-year mark.

Plus... the treasured memory of a not-so-secret kiss. 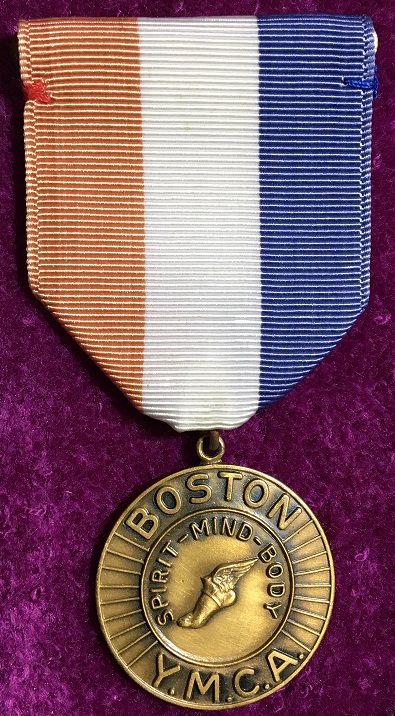 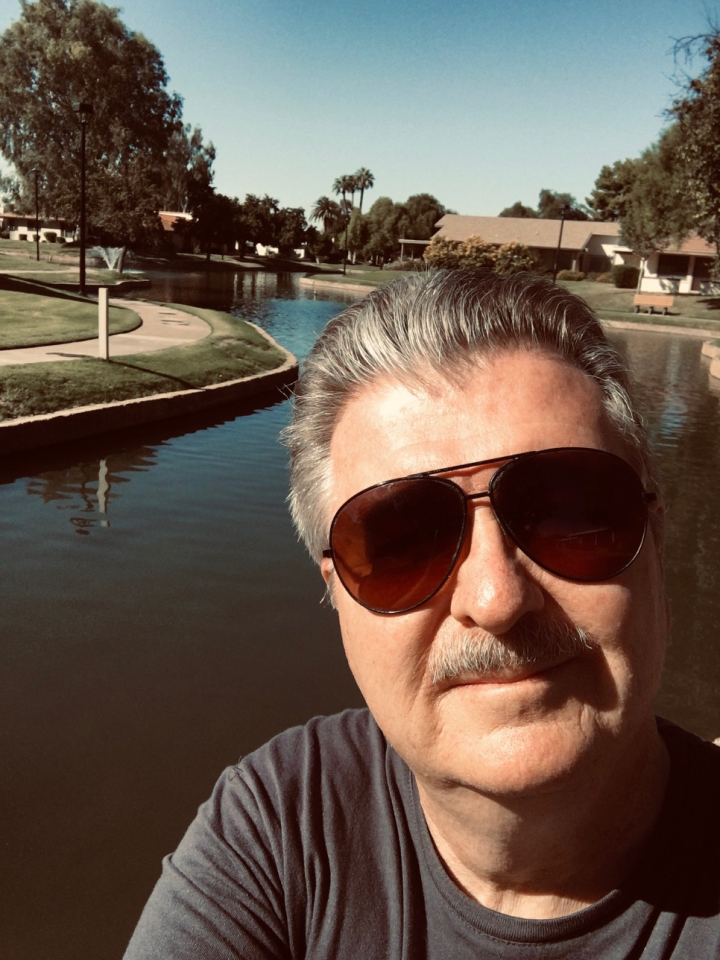 The two pieces of the puzzle finally fit together - in the yearbook pic, I was mysteriously missing. But now, thanks to a screenshot of a screenshot by teammate William Sharpe and his dad, I have mysteriously reappeared. We were losers, but we were *handsome* losers. ;-) 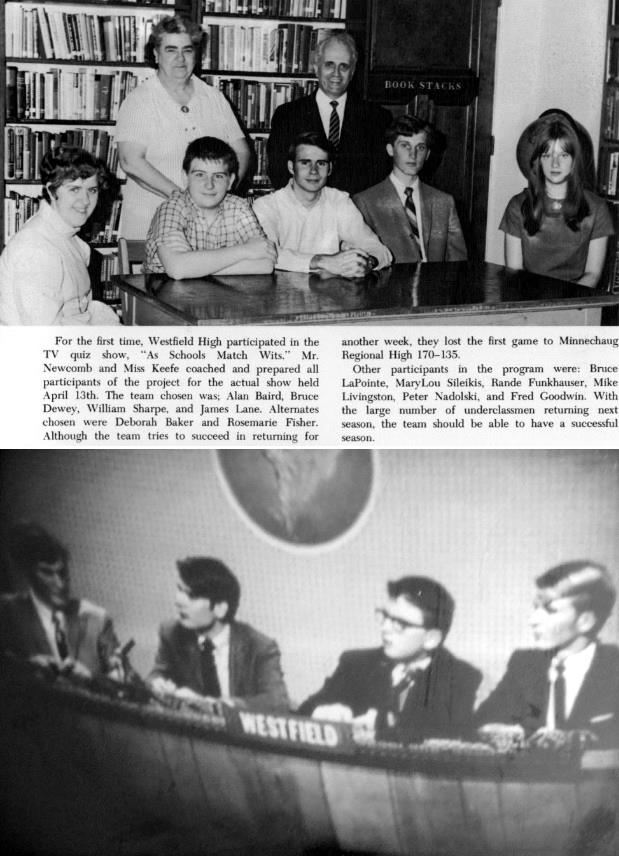 My lovely wife recently dug this out of a long-forgotten storage box...

Each high school in Massachusetts selects an unsuspecting junior to get a patriotic indoctrination in the U.S. electoral process from the American Legion. Chelmsford made the mistake of selecting me. The Boys Staters lived on the UMass-Amherst campus, and we were supposed to form town groups, elect town-level leaders, stage a couple of conventions (Republican and Democratic) and elect state-level candidates.

But I had a different idea. After organizing a rebellion, a bunch of us took over the convention hall and staged a third-party convention. We were nearly kicked out and sent back to our high schools in disgrace, but the coup got so much publicity that several of us received invitations to attend Harvard, instead. My family couldn't afford the tuition, unfortunately.
[click to enlarge] 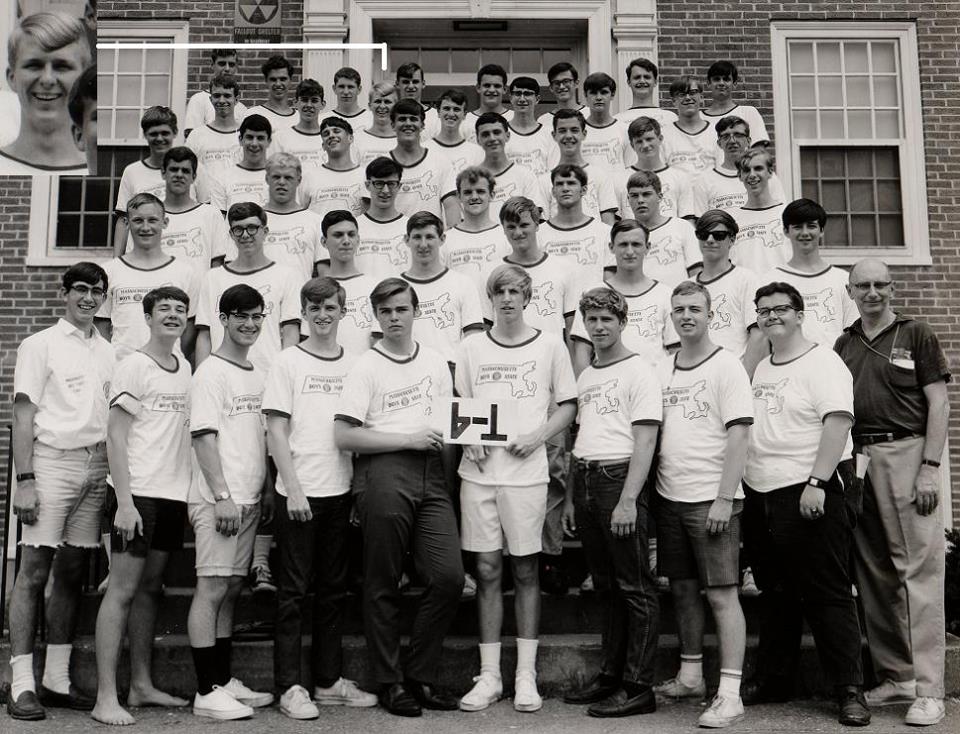 Does your high school class need a reunion website?
http://9TimeZones.com/re.htm

If someone claims they've received a "Pulitzer Prize nomination" or they were "nominated for a Pulitzer Prize" - they're bullshitting you. Their work was simply entered into the competition, which is something ANYONE (even you or me!) can do, by writing out a check and filling in a form:

The Pulitzer organization itself explains their use of the word "nominee," with a warning to all the bullshitters out there:

Since 1980, when we began to announce nominated finalists, we have used the term "nominee" for entrants who became finalists. We discourage someone saying he or she was "nominated" for a Pulitzer simply because an entry was sent to us.

For example, one of my scripts was a Quarter-Finalist in their first screenplay contest, way back in 2004.